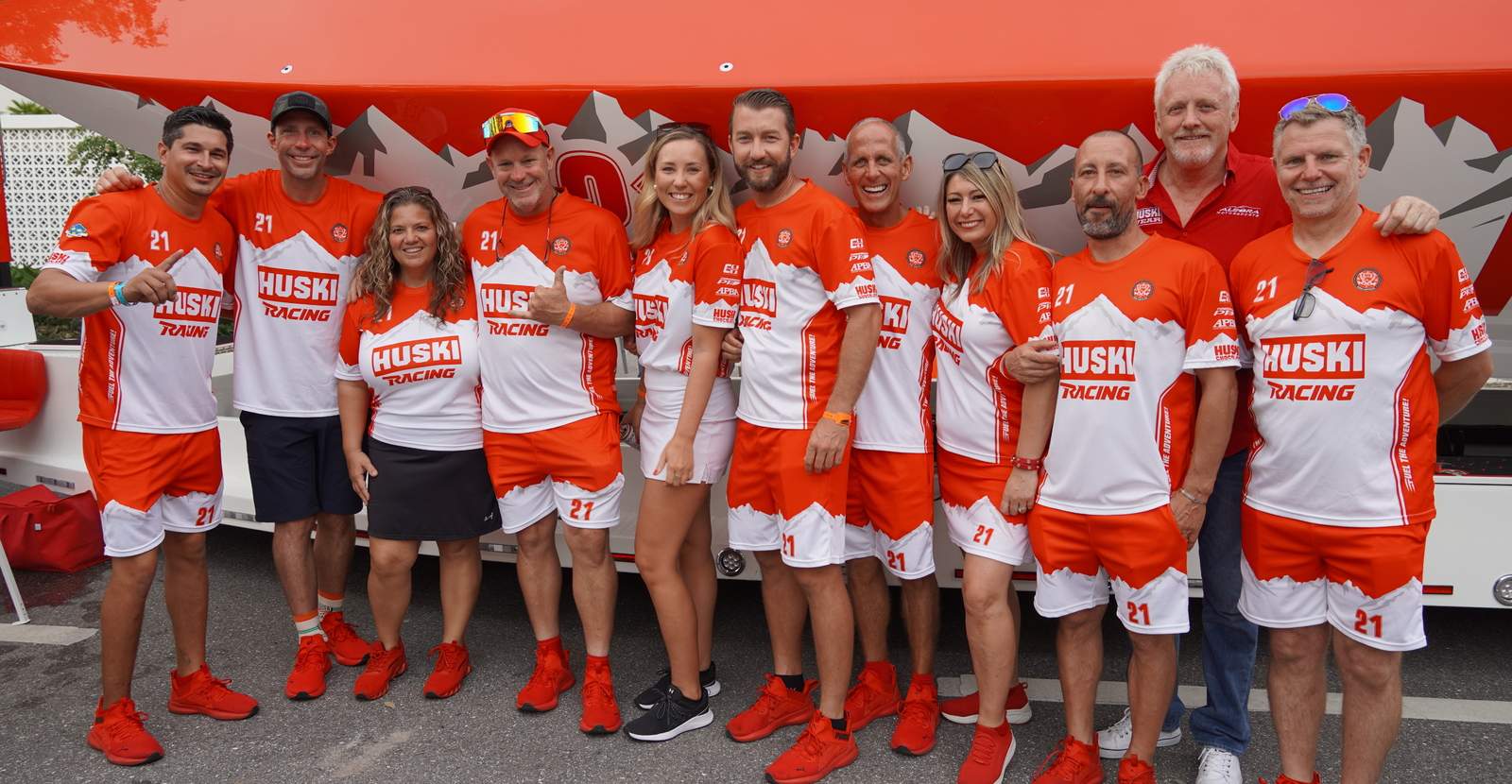 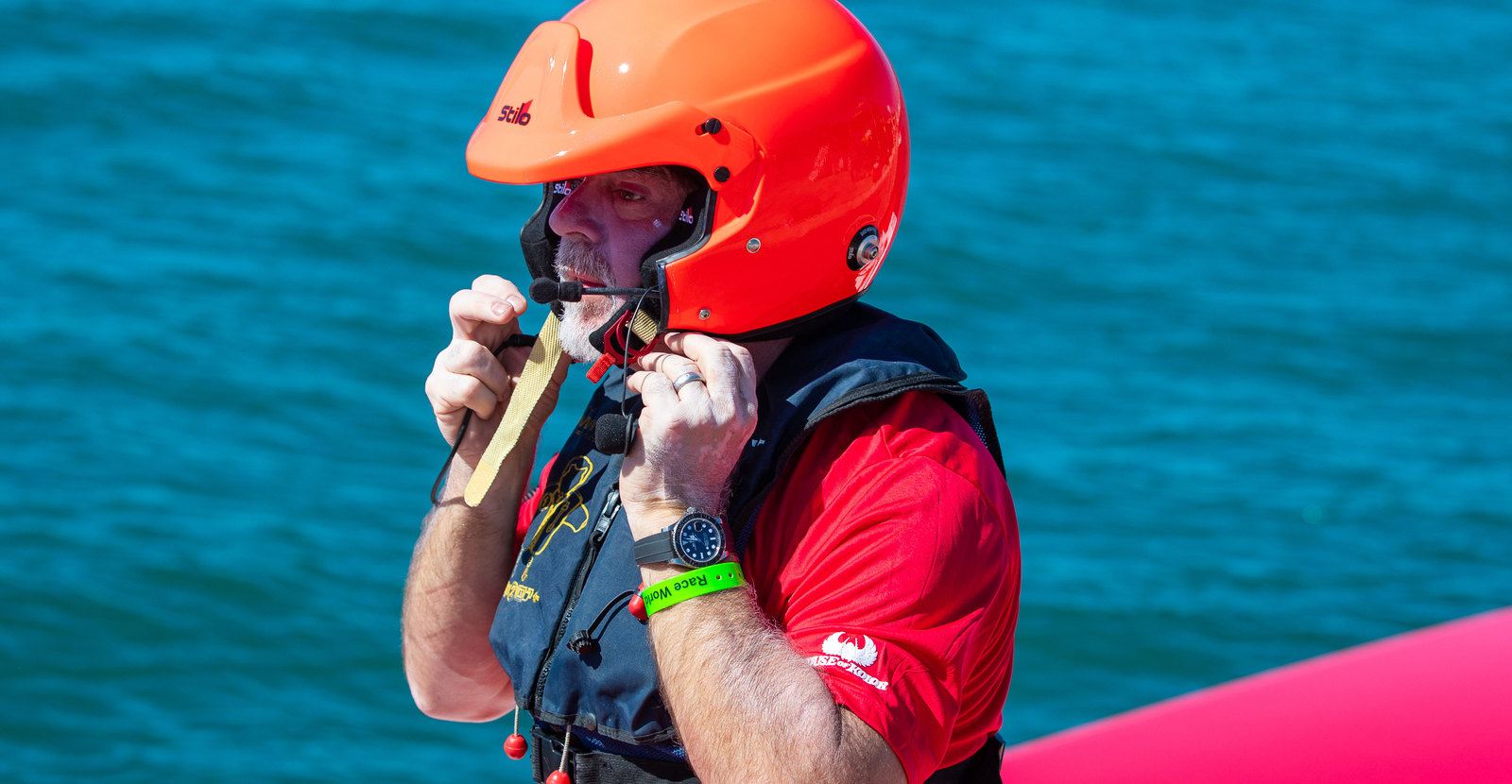 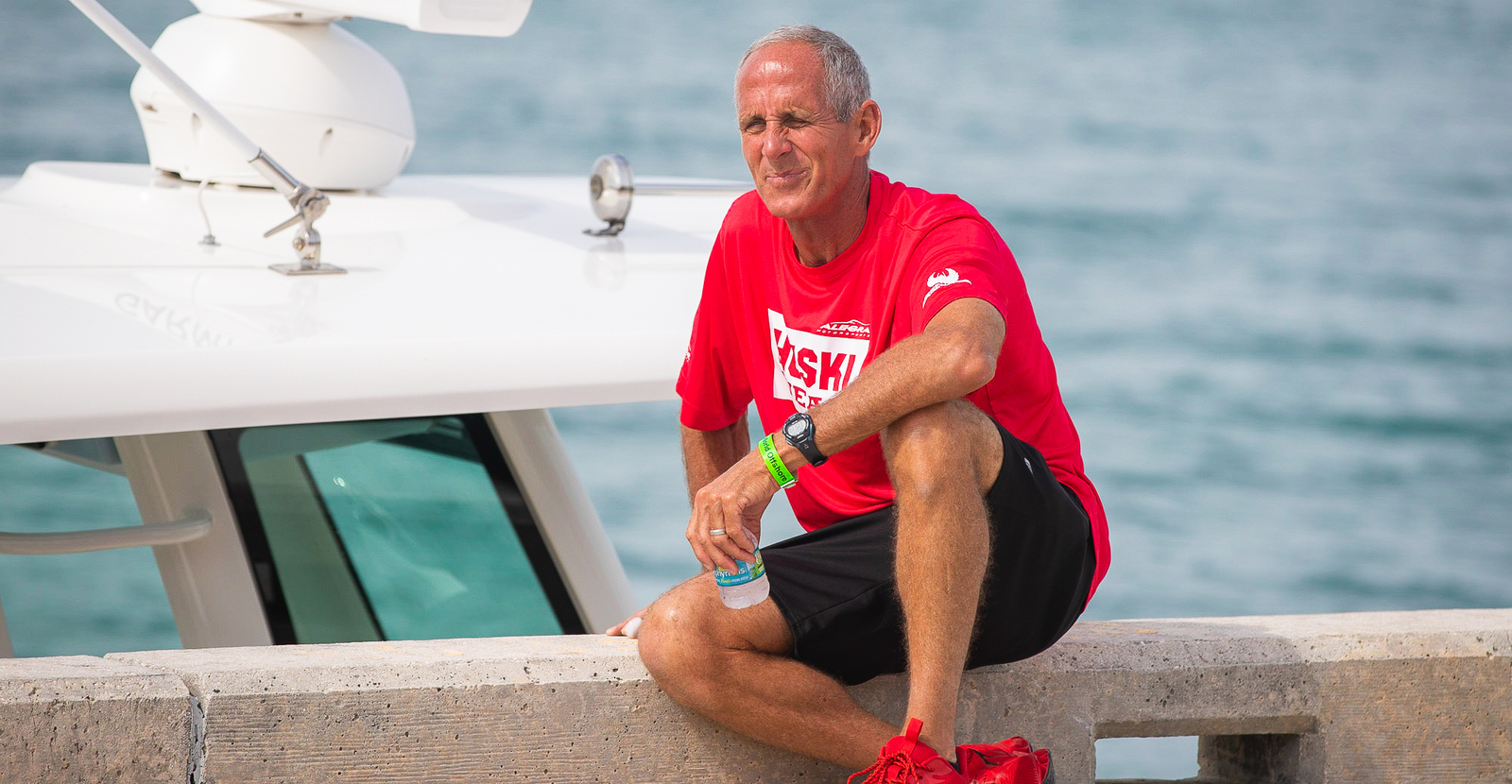 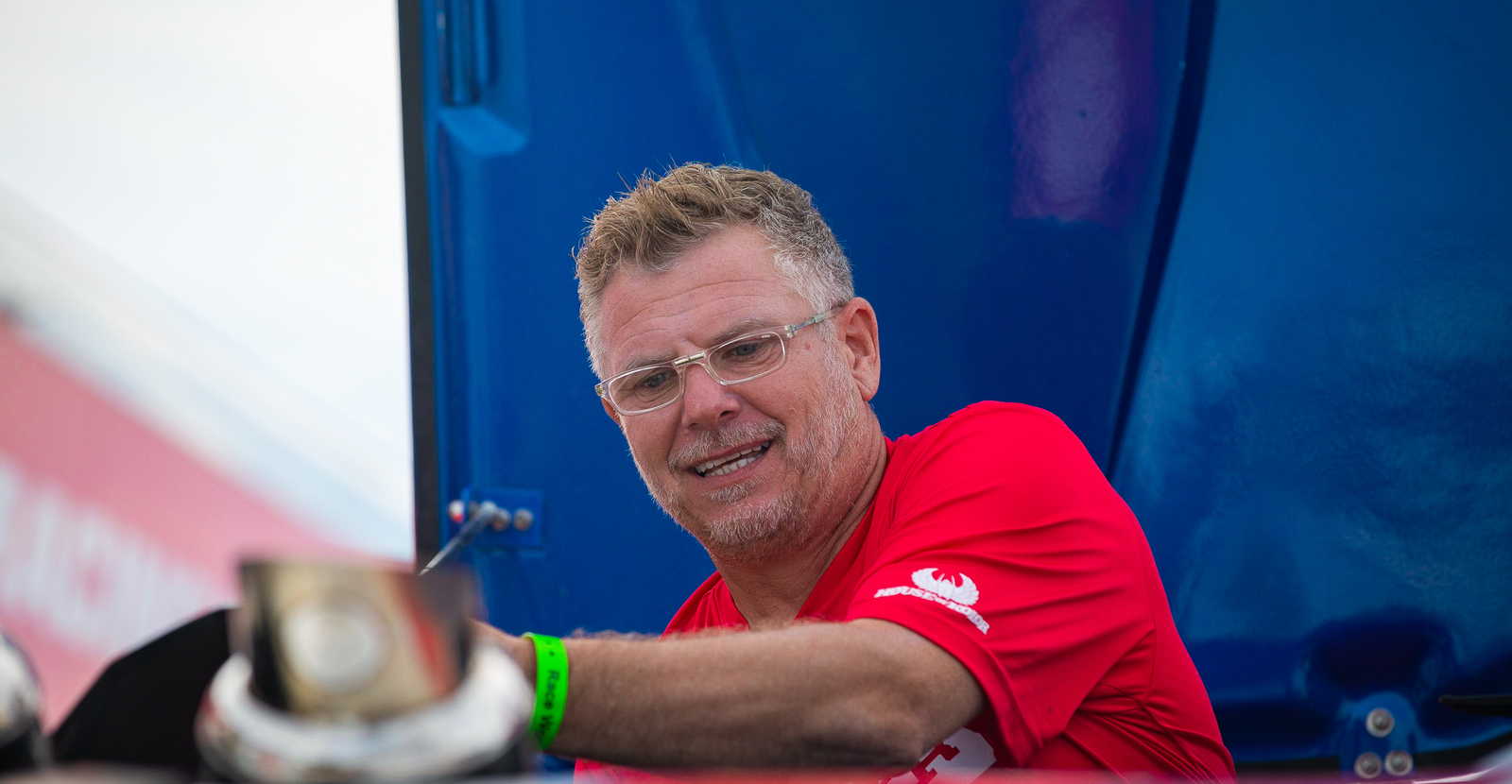 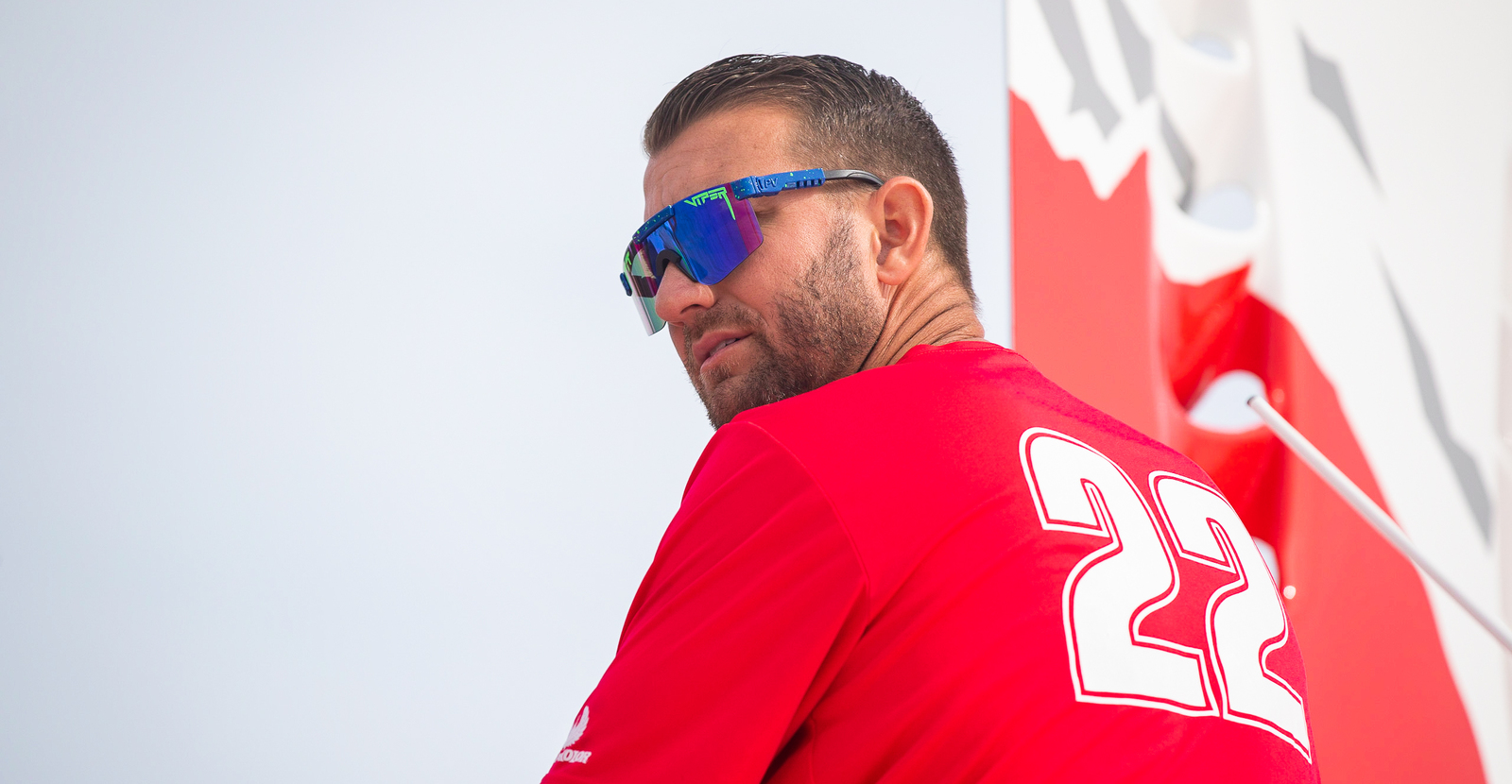 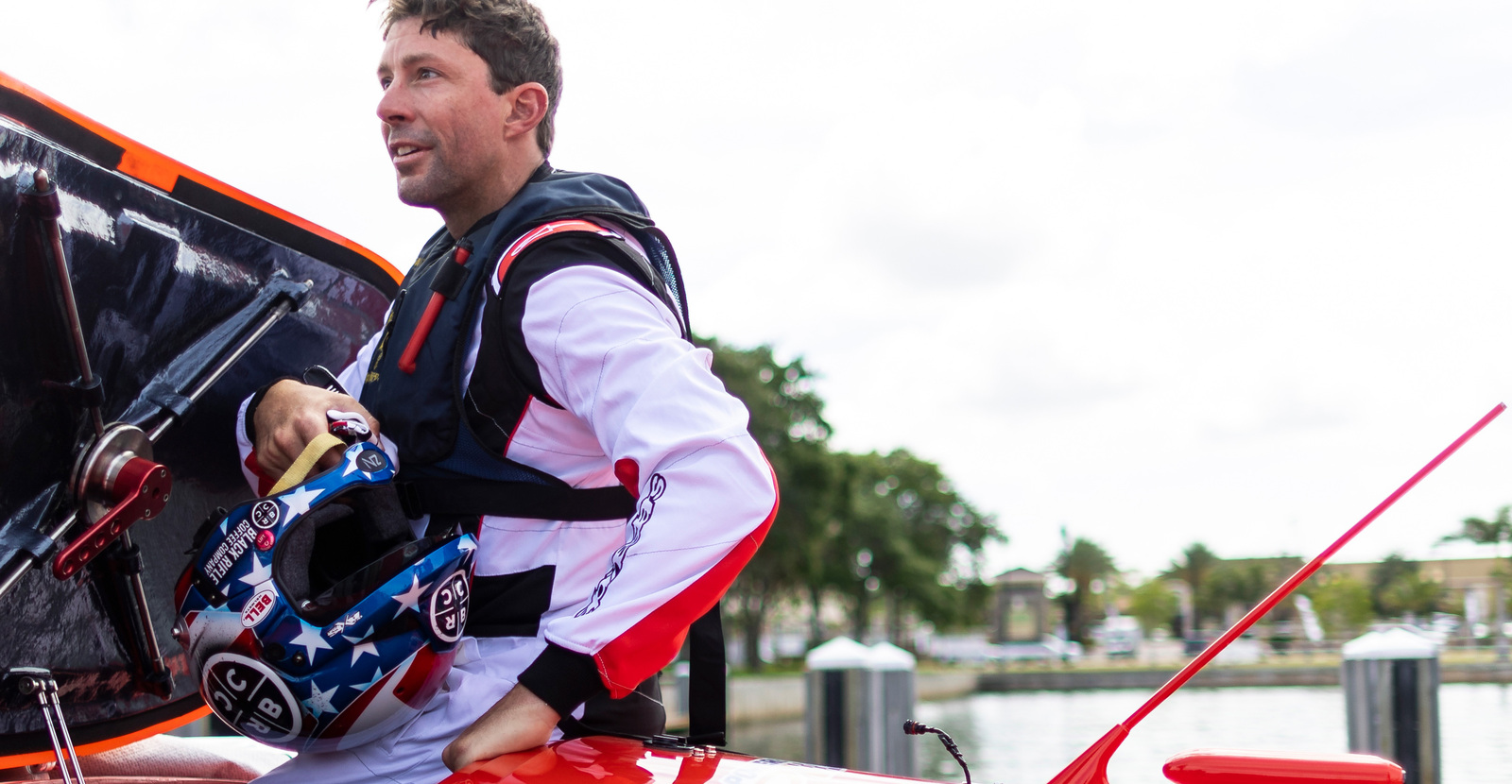 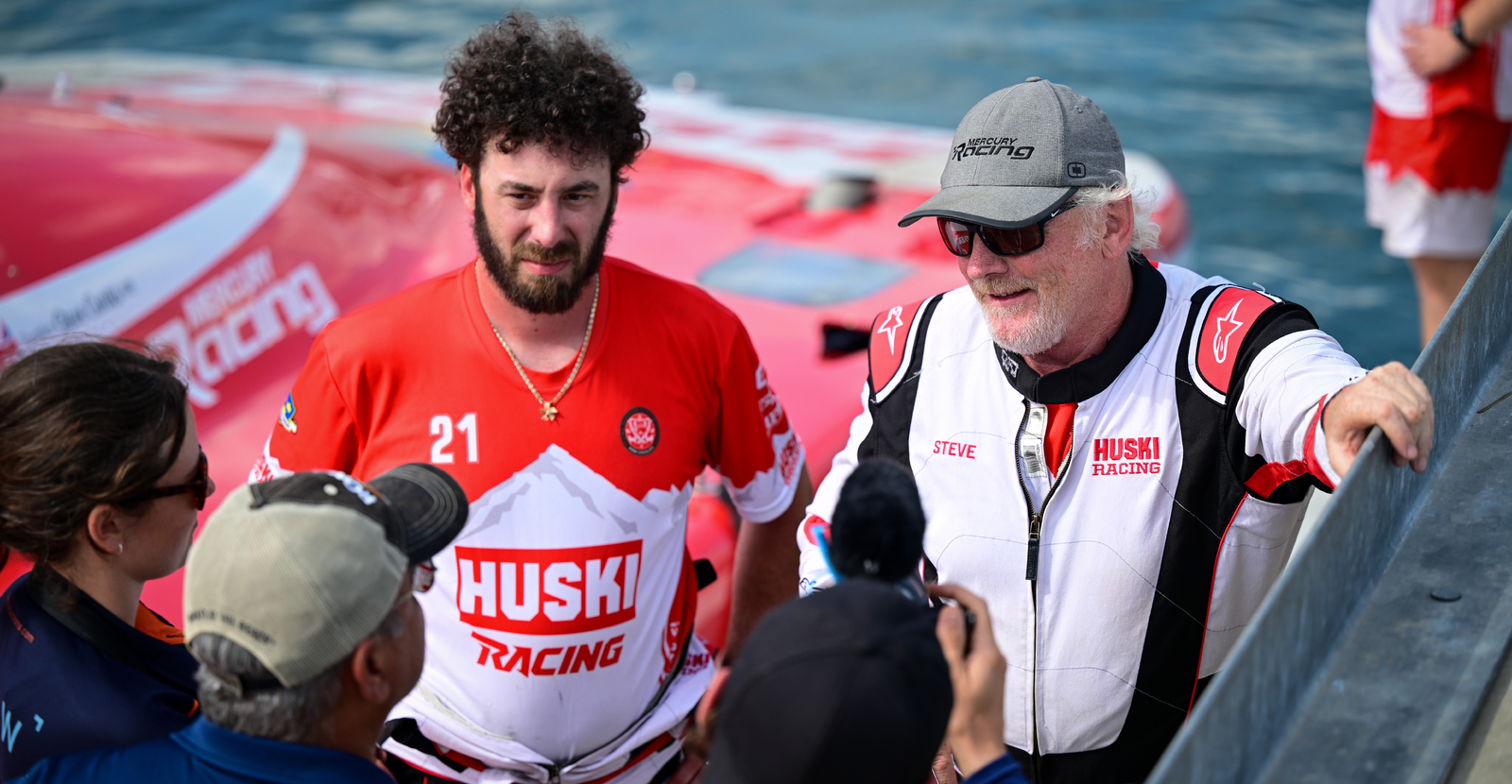 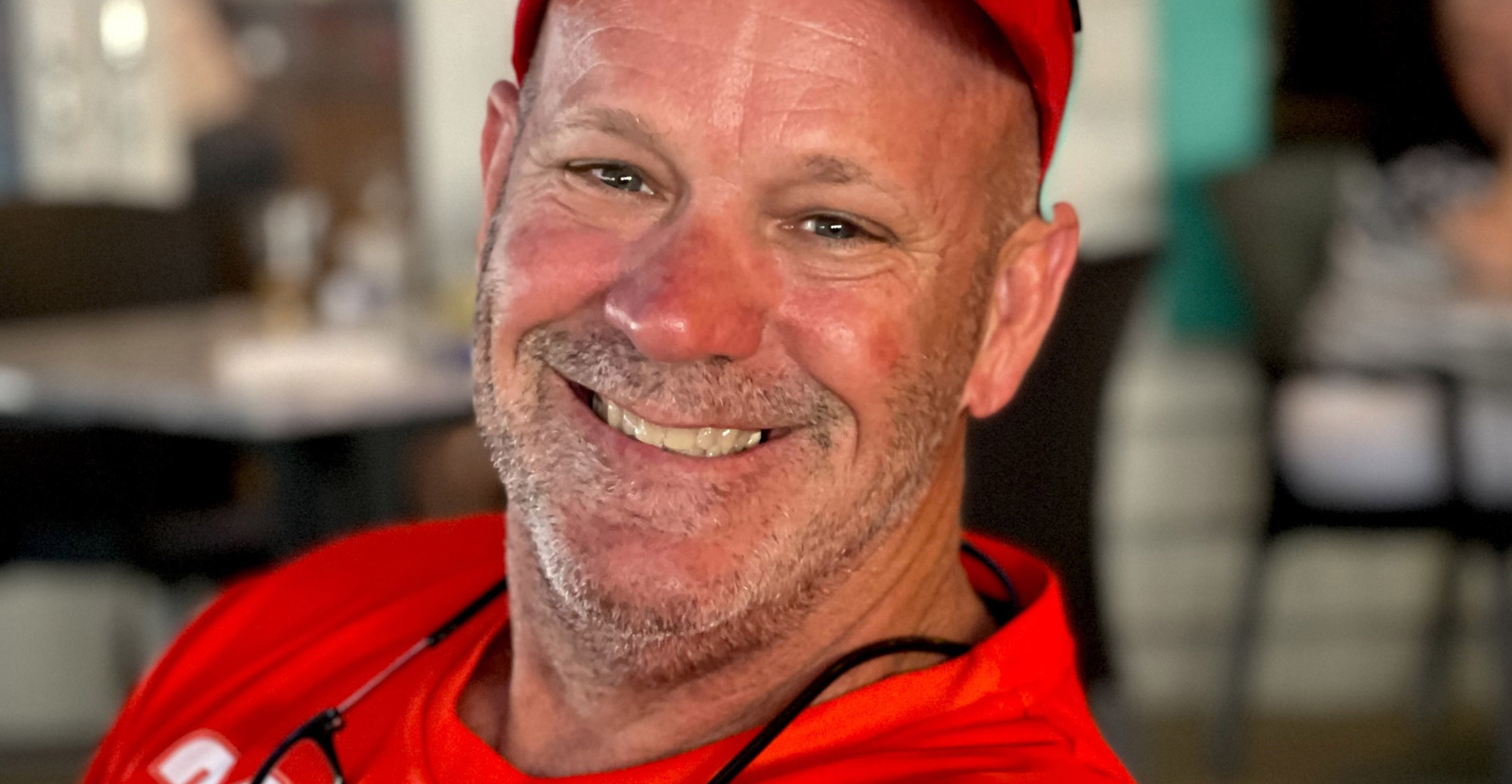 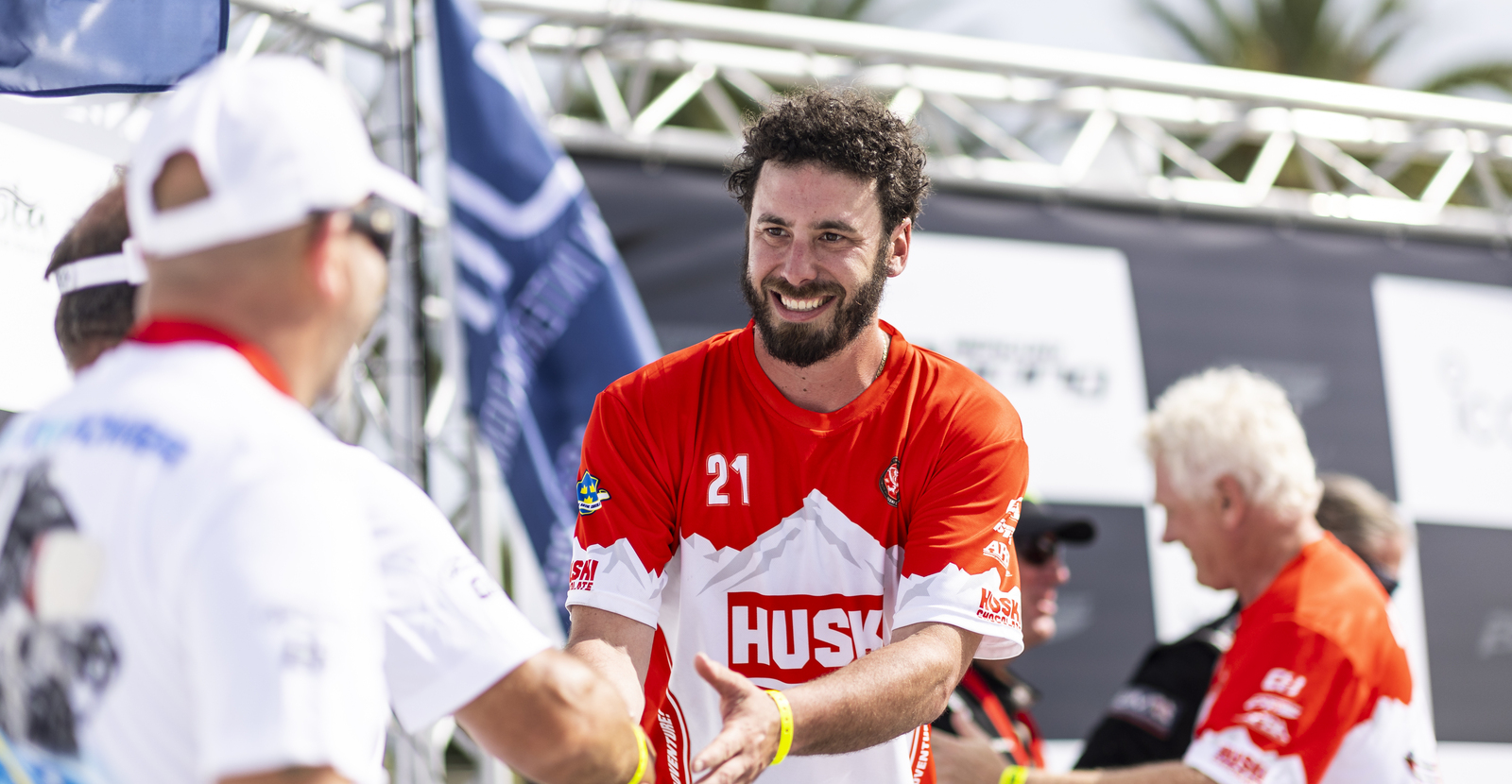 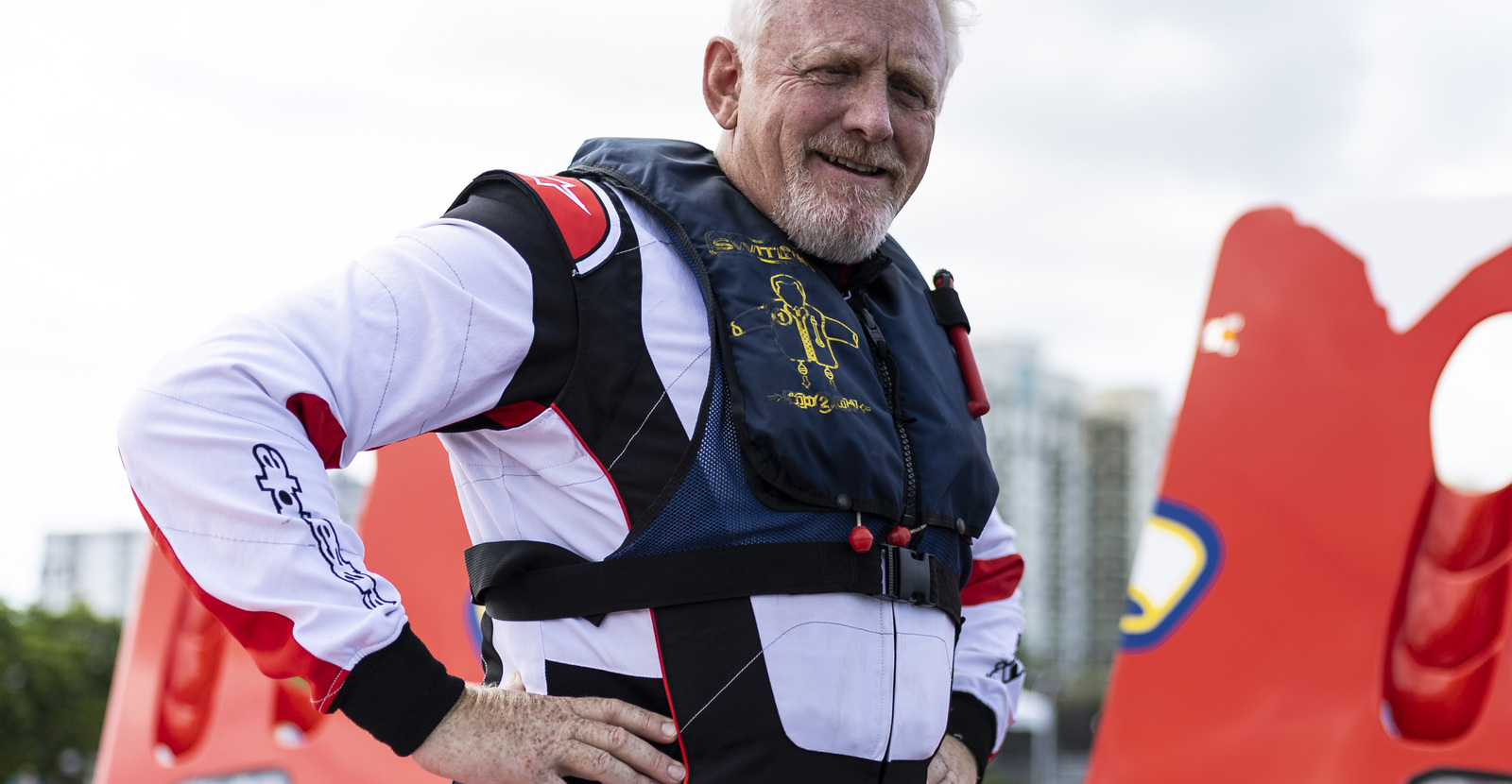 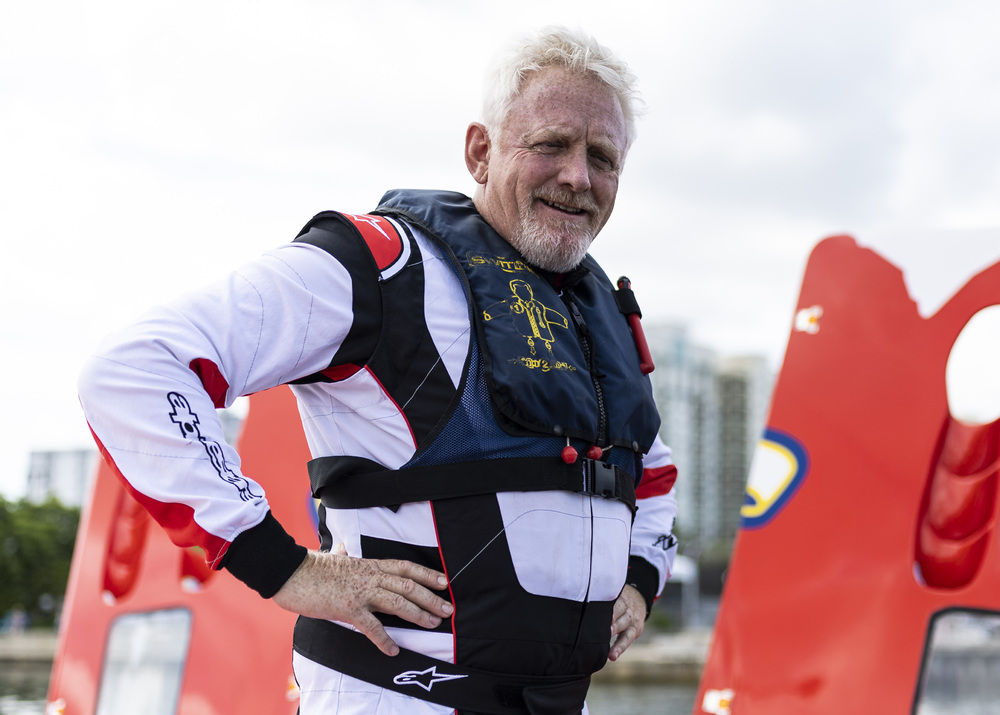 Steve Curtis is the most successful offshore powerboat racer in the history of the sport, accumulating over 20 World Championships, European Championships, and Middle East Championships. His career spans an incredible 33 years starting at the age of only 21 when he won his first title in Key West Florida, USA in 1985, making him the youngest ever Class 1 champion and the first ever Briton to win the title. Steve is also the world record holder for the fastest propeller-driven watercraft at 244mph, set in 2014 at the Lake of the Ozarks Top Gun Shootout. Steve throttled Huski Racing to our first world championship in 2021. 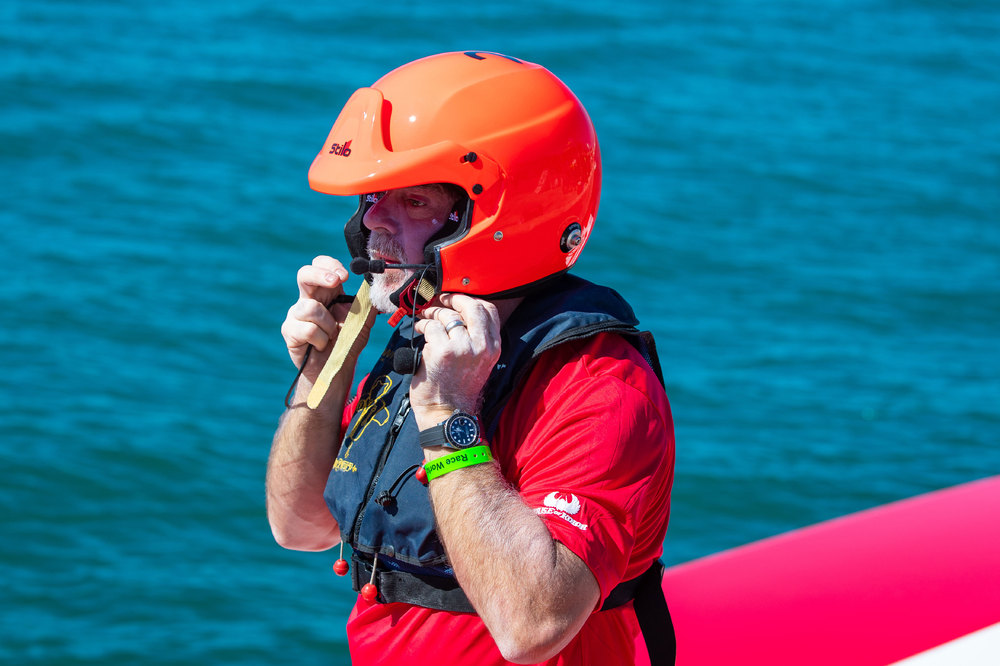 While attending Emory University, Carlos started driver education events with the Porsche Club of America. Following college, he went to his first racing school at Skip Barber, which led to sportscar competition in both vintage and professional racing. In 1996, he created Alegra Motorsports and has developed the fledgling team from humble roots to a powerhouse in motorsports, competing in several race series across North America and winning the 24 Hours of Daytona in 2007. Ten years later, Carlos returned to Daytona to repeat the victory, this time alongside his son and teammate, Michael. Also an avid powerboater, Carlos made the jump from leisurely boating to racing, partnering Steve Curtis in 2021 to claim the APBA World Championship. 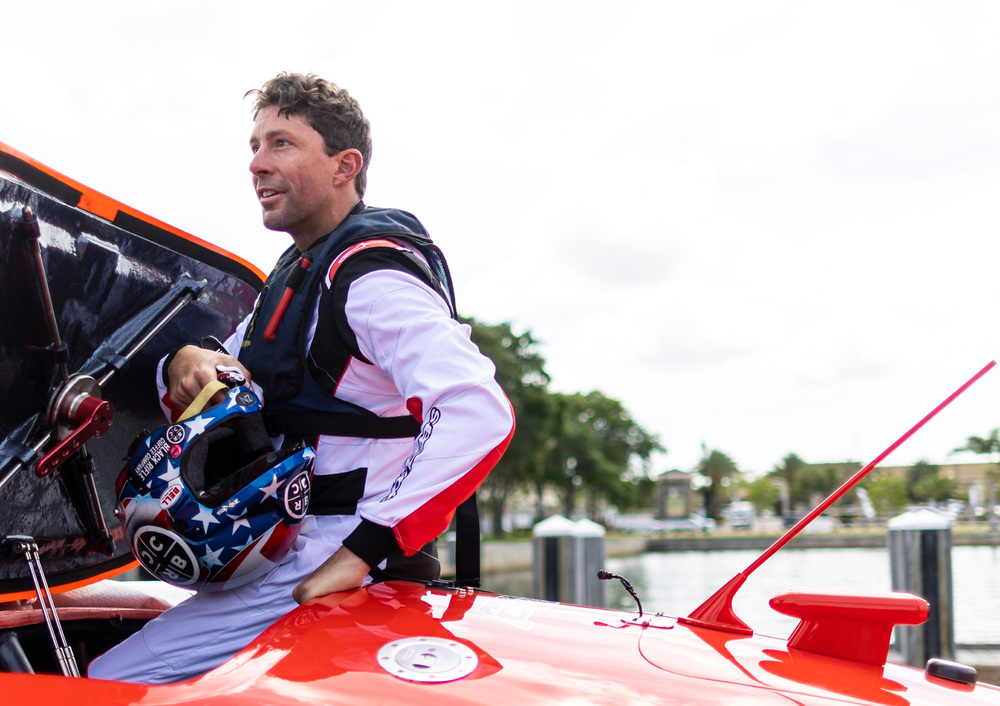 The start of the 2020 race season was filled with anticipation as plans were finalized to fill the driver’s seat of Miss GEICO with alternating drivers Travis Pastrana and Brit Lilly. Both are natives of Annapolis, MD and have been friends since childhood.

Travis is a stunt performer and action sports legend with multiple X Games gold medals in supercross, motocross, freestyle motocross, and rally racing. He has also competed in multiple seasons and race series in NASCAR, RallyCross, Rally America, and Rolex sports car series. As an avid admirer of Evel Knievel, Pastrana safely cleared three record-breaking jumps in Las Vegas which resulted in jumps of 484 feet in a single night and included 52 cars, 16 buses, and the fountain at Caesar’s Palace all in one day.

As an expert in off-road racing, Travis’ ability to adjust to changes in the terrain will translate perfectly as the driver for Miss GEICO. Travis was able to get in some sea time at the wheel during the 2020 season but is looking forward to the 2021 racing season. 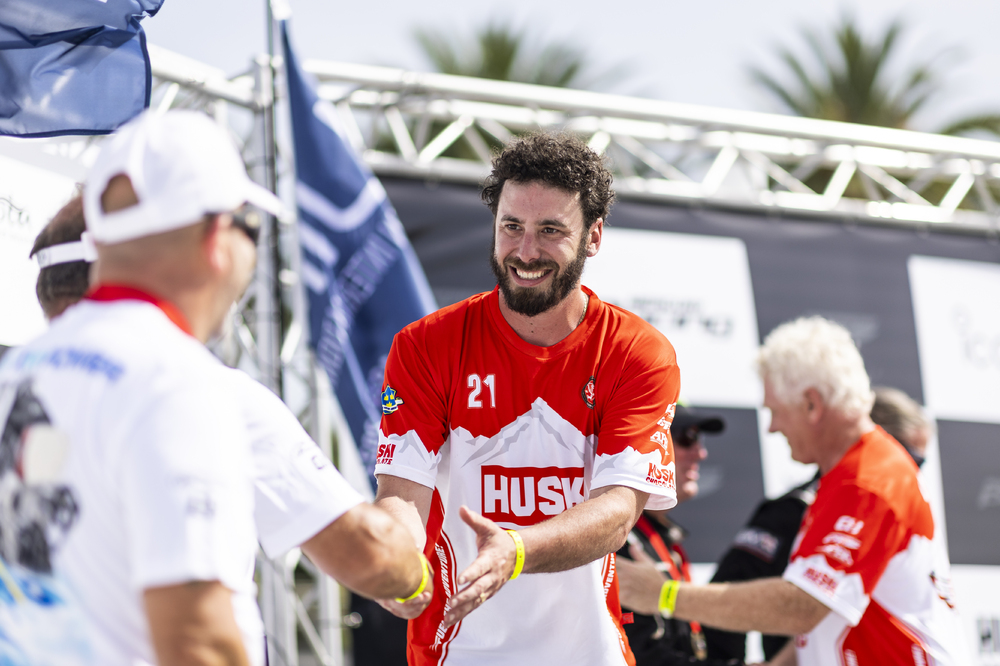 Brit is the son of renowned throttleman Art Lilly and has spent his younger years surrounded by offshore legends. It was a natural transition for Brit to become active in offshore racing as well with his first competitions in 2013. He has already acquired eight World Championship titles, four National Championship wins, and was inducted into the APBA Offshore Racing Hall of Champions in 2019.

When not competing in offshore races, Brit owns and operates Lilly Sport Boats which specializes in custom building, rigging, and painting for high performance and offshore race boats. His expertise in boat racing and competitive nature will be a tremendous asset.

The driving duo along with Steve Curtis won their first world championship title racing Miss GEICO during the 2020 season. 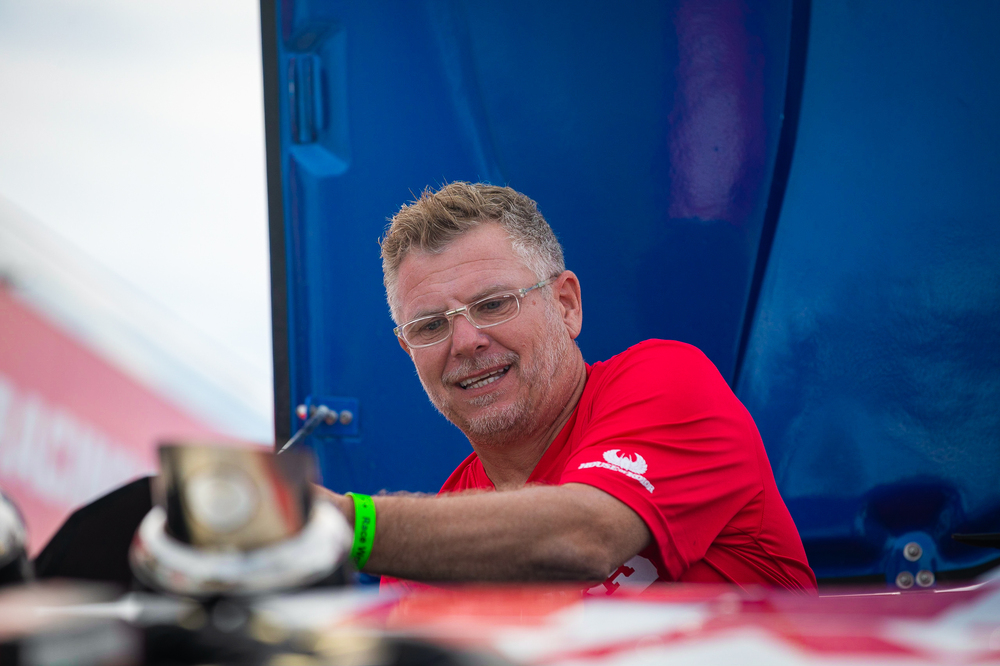 Gary began his career in the racing business in Southampton, England in 1988 with Cougar Marine. In 1994 he signed on with the Victory Team of Dubai, rising to become Head of Research & Development. Ten world titles later, he set up his own rigging company in the United States, Supercat Rigging, Inc. in 2001. His boats have won multiple championships and set numerous speed records. Gary has also created some of the most prestigious pleasurecraft in the world today such as Speed Racer, Batman, Mercedes, Ferrari, and Corvette. Gary comes to Huski Racing from Miss GEICO, where from 2009 he amassed fourteen championship titles. 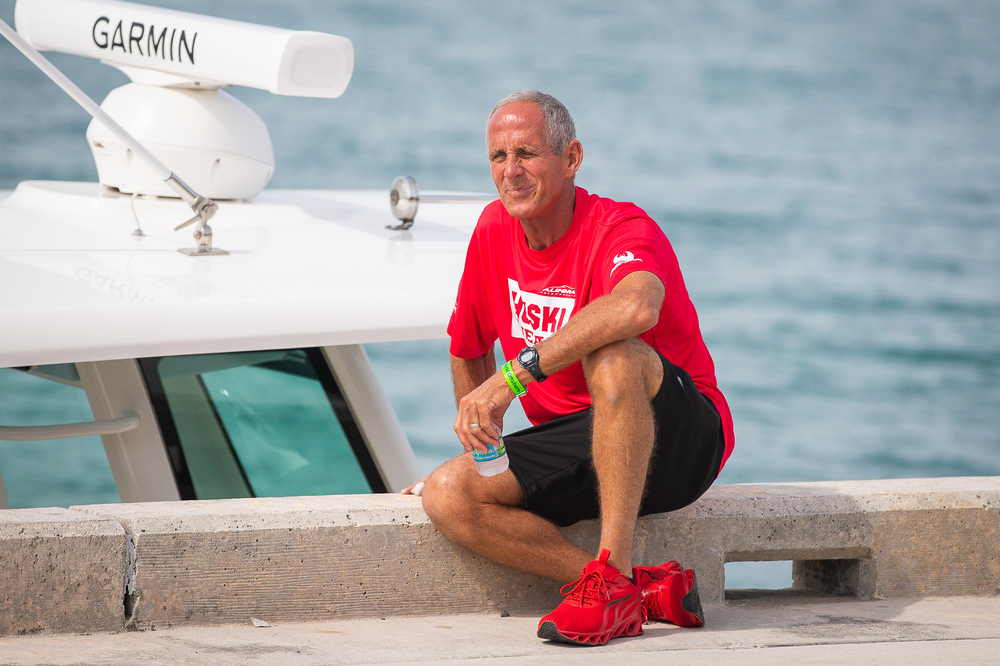 As an all-American swimmer with multiple records to his name, Scott has competition in his blood. With his law and MBA degrees from the University of Florida, Scott brings almost thirty years of legal and business experience to the Huski Racing team. Prior to Huski Racing, he was the managing member of AMF, the operating group of Miss GEICO Racing. Scott focuses his attention on the technical, legal, and financial side of the business making sure that all of the trucks, trailers, and fleet of boats are in compliance with federal, state, and local laws; scheduling and coordinating the movement of the equipment and people to the boat shows,races, and events.

Powerboat racing has always been in Louise’s blood with her grandfather, father, and brother all boat racing champions. Louise has over 20 years of experience in the marine industry, handling all international sales for Fountain Powerboats through her company Fountain Worldwide. Prior to Huski Racing, Louise held the role of administrator for Miss GEICO, running the front office and taking care of the crew at the races.

A veteran of management in Class 1 offshore powerboat racing from Norway, Gro joins Huski with decades of experience with Spirit of Norway, Spirit of Qatar, and Offshore Racing Services. She manages the team’s sponsorship affairs and communication between the team and our partners, Huski Chocolate and Huski Wear. 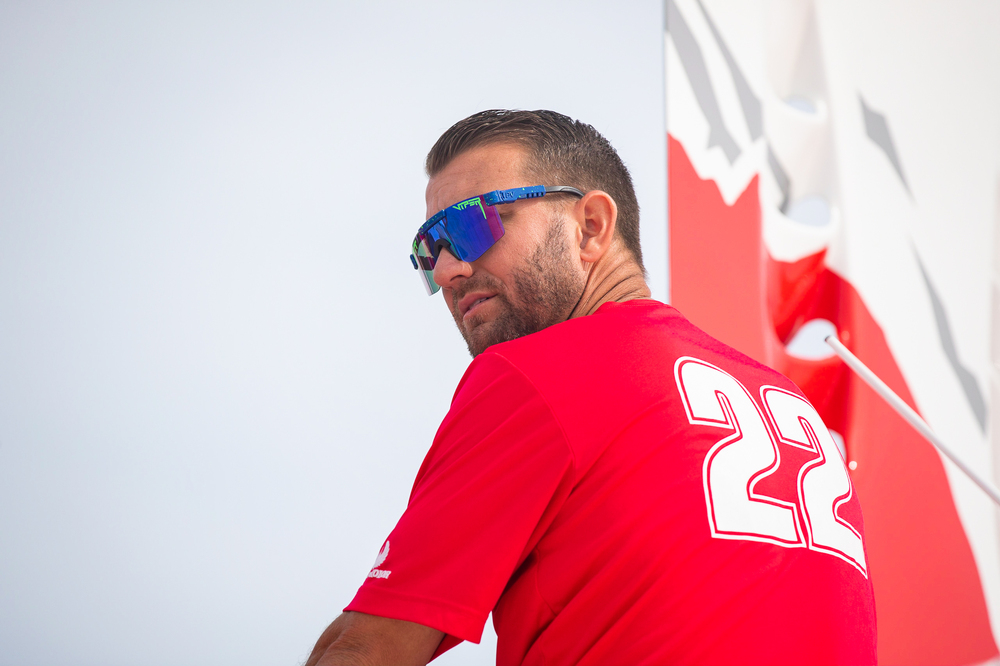 Patrick has over fifteen years of experience in the marine industry. Patrick started his career at Marine Technology Inc. (MTI) in Missouri, and was with Competition Marine Center before moving from St. Paul, Missouri to Riviera Beach, FL and joining Miss GEICO in 2011. During his tenure with Miss GEICO, Patrick was instrumental in rigging the team’s race boats and assisting with the transition from turbine powered race engines to piston powered race engines. In addition, Patrick has helped Gary Stray rig several other competition race boats.

Born in Milan, Italy. Robbie has over 32 years experience in the marine construction and racing industry. Robbie began his career in Italy and travelled extensively throughout Europe with various race teams. In 2005 Robbie started his tenure as Crew Chief to the Qatar Offshore Race Team. In 2009 Robbie joined forces with Steve Curtis and has continued to assist in helping Steve win numerous World Offshore Titles. Currently, Robbie serves as the Director of Special Projects for SVEA Racing and the World Champion Huski Chocolate Offshore Race Team. 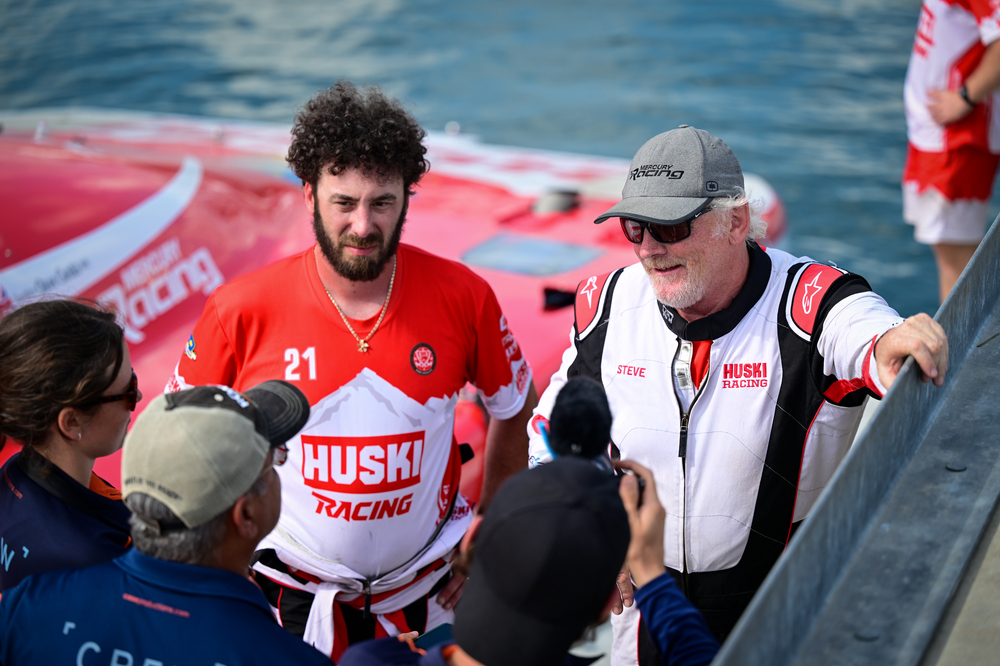 The younger brother of Robbie Uggeri. Ale has over twenty years experience in the marine and racing industry. In 2005 Ale moved to the United States to work with his brother for the Qatar Offshore Race Team. Ale thereafter teamed up with Steve Curtis and his brother and has enjoyed tremendous success in offshore racing. Currently, Ale serves as a valuable crew member of the Huski Chocolate Offshore Race Team. 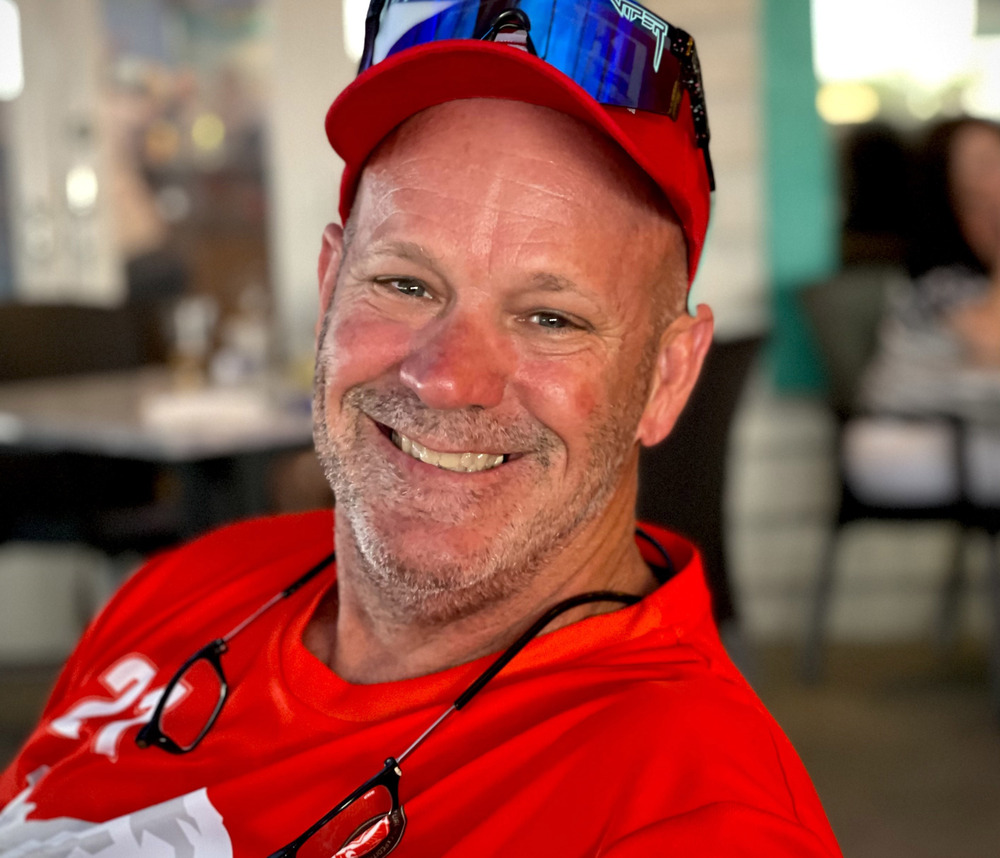 Keith Lewis heads up our talented team of CDL drivers. The truckers make sure that the boats and the NASCAR hauler arrive at the race sites early so that Huski Racing can secure a prime spot in the dry pits area, set up the giant tent that allows the crew to work on the boat in rain or shine, and make sure that the Huski Race site looks clean and professional. Keith has many years experience in transporting the race boat and navigating the wet pits area so that there are no mishaps craning the race boat in and out of the water in all types of conditions.

Floyd is our newest addition to the Huski Chocolate Offshore Race Team. Floyd is a native Floridian and has been a big diesel mechanic for over thirty years. Floyd will oversee the maintenance of the Huski team’s fleet of trucks and trailers and make sure all the vehicles arrive at the races, Air Shows, and special events safe and sound. 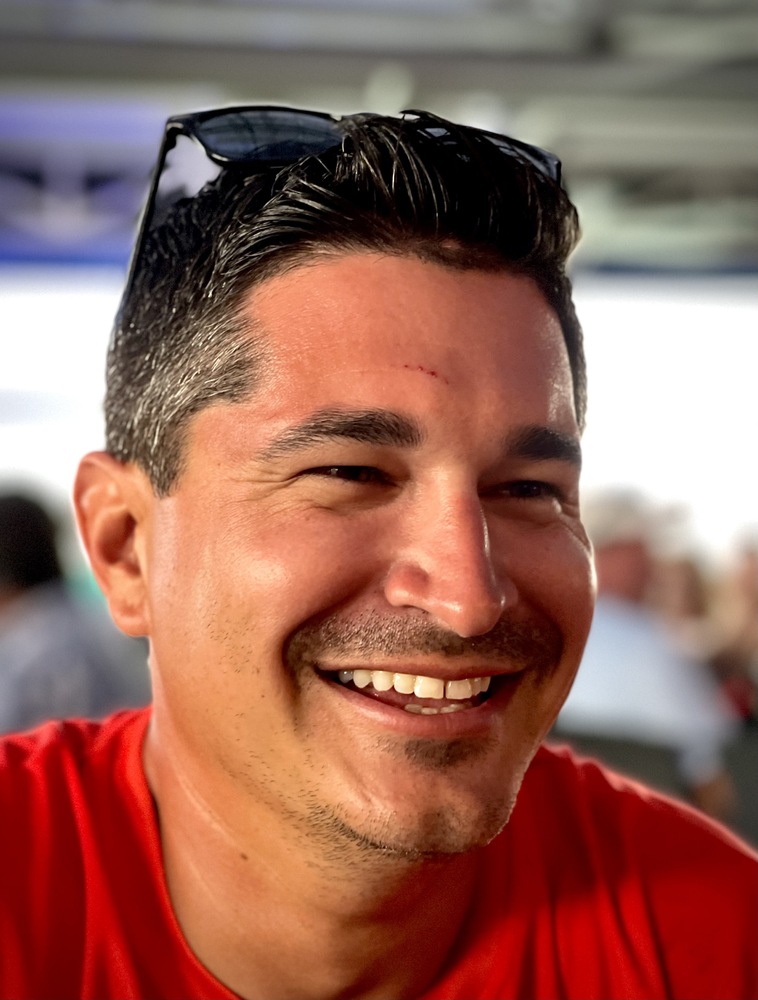 Anthony is our greenhorn. Anthony will begin working under Crew Chief, Patrick Cleaveland, and will work primarily on the Huski 21 Race boat. Anthony is no stranger to racing on land and can’t wait to expand his knowledge regarding offshore racing. Anthony is young and eager to learn about boat racing.