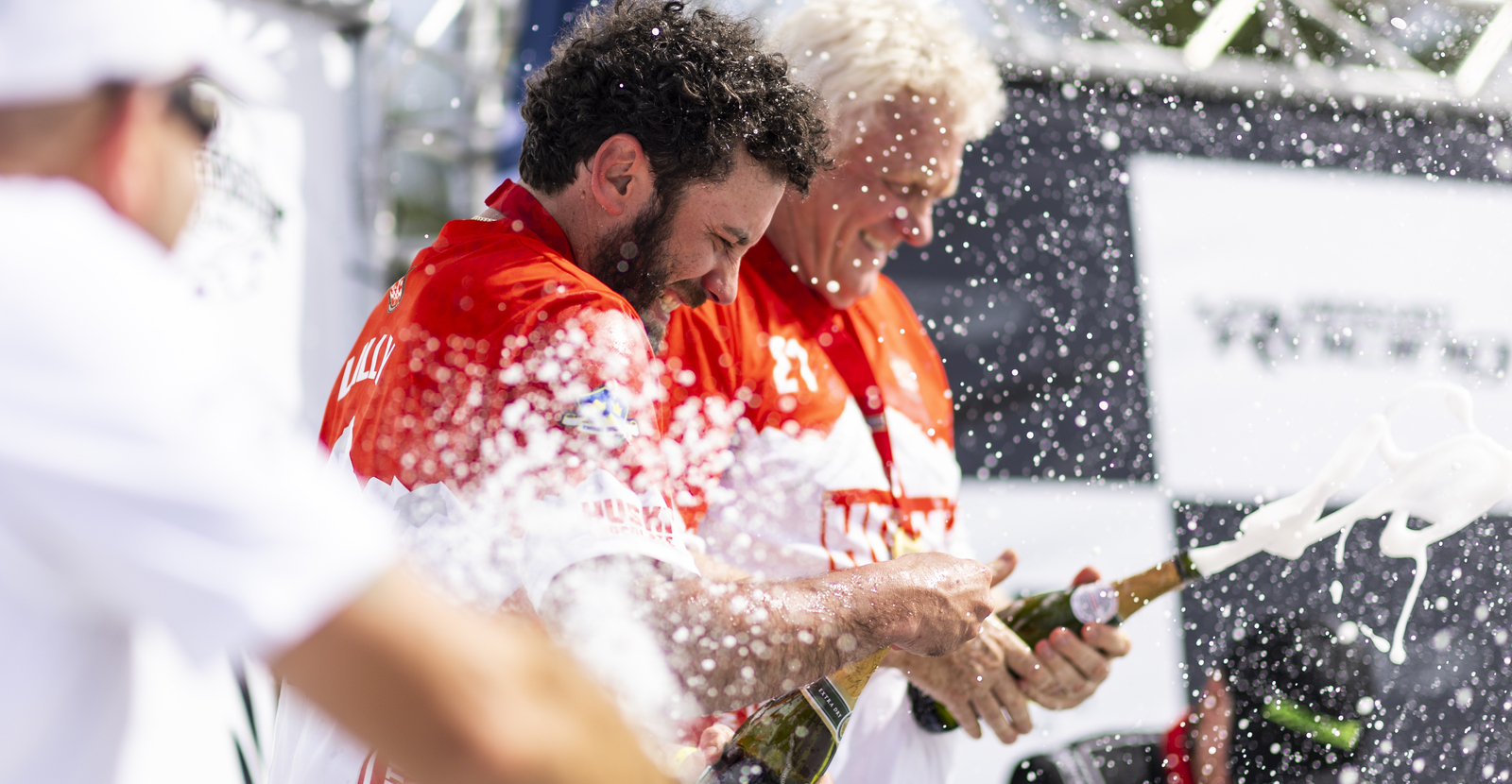 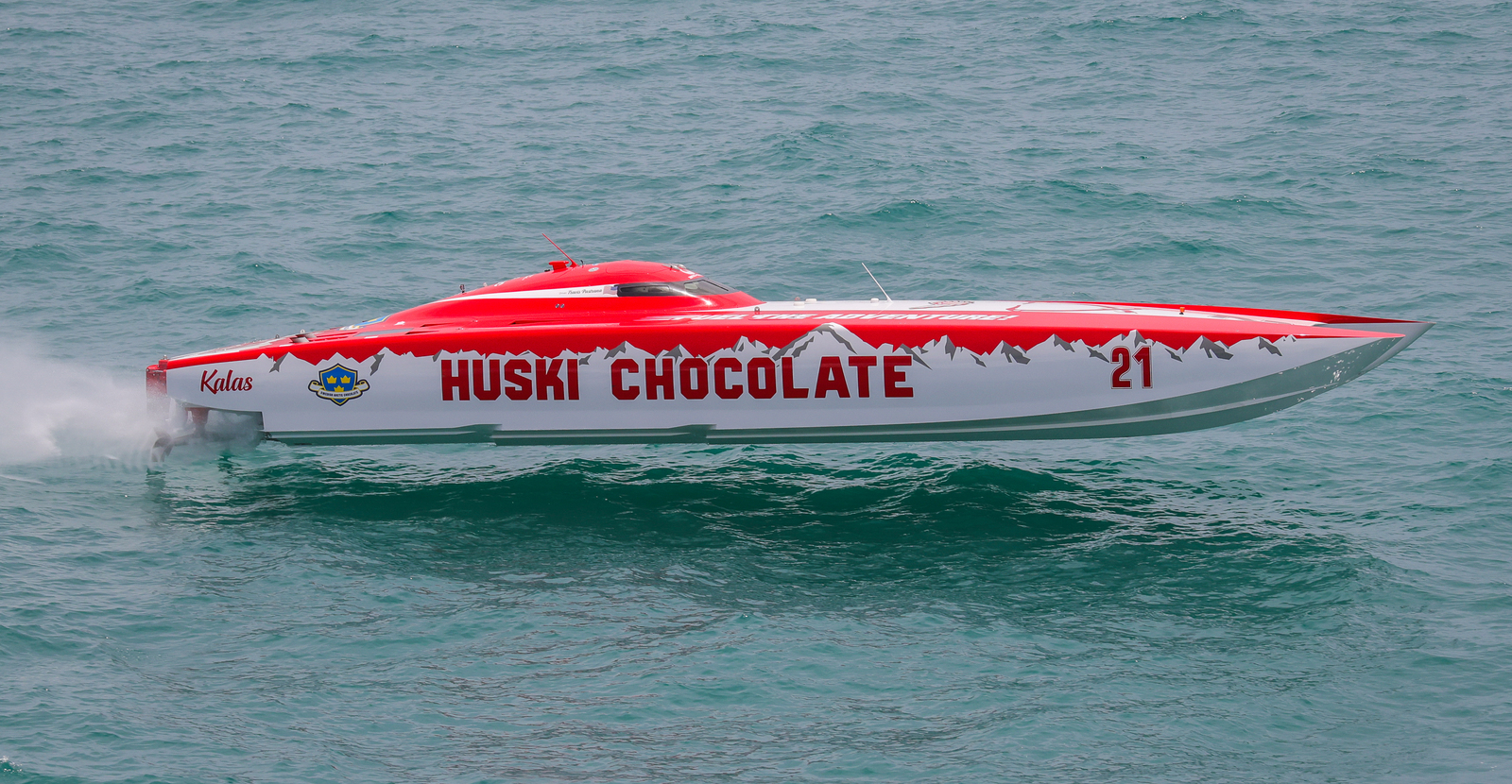 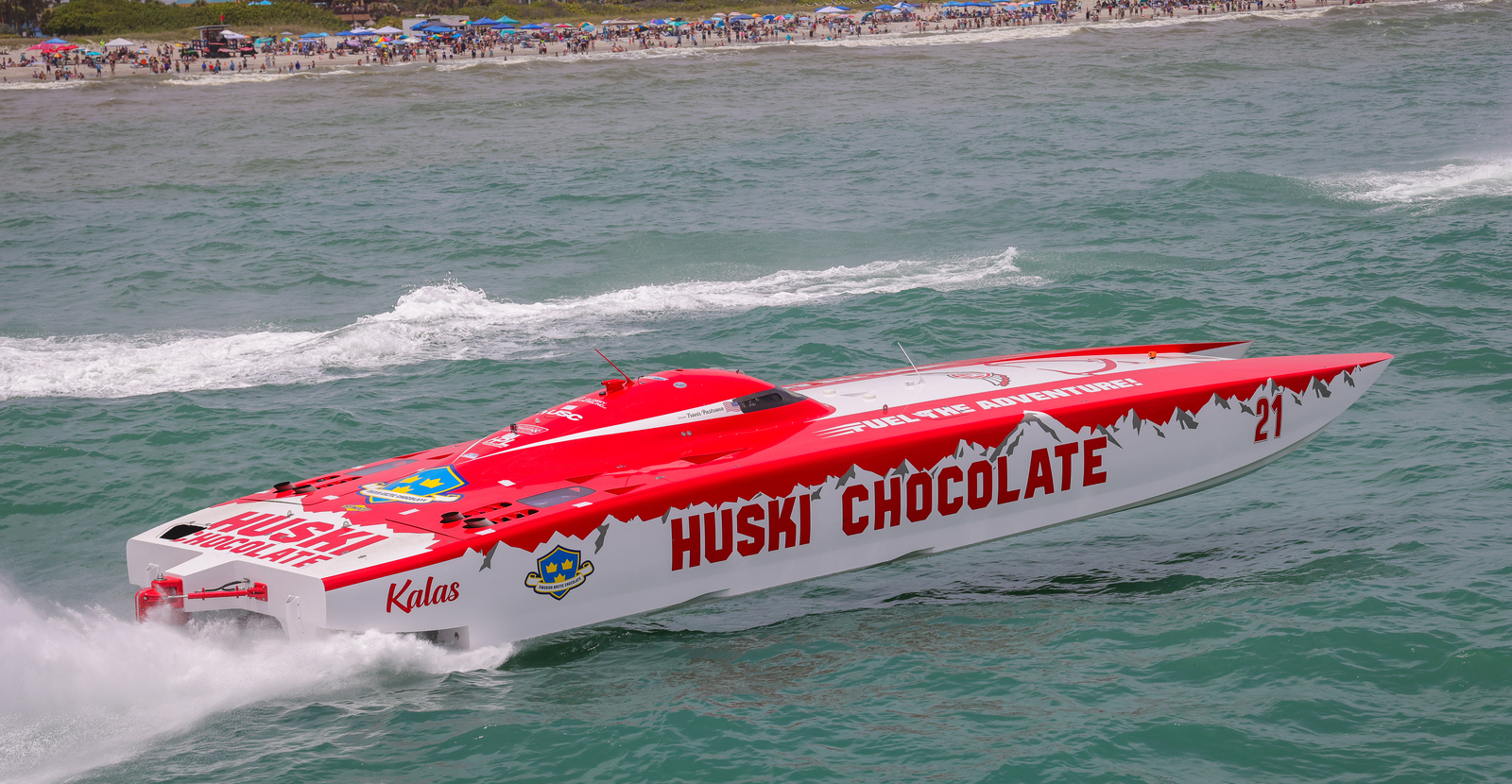 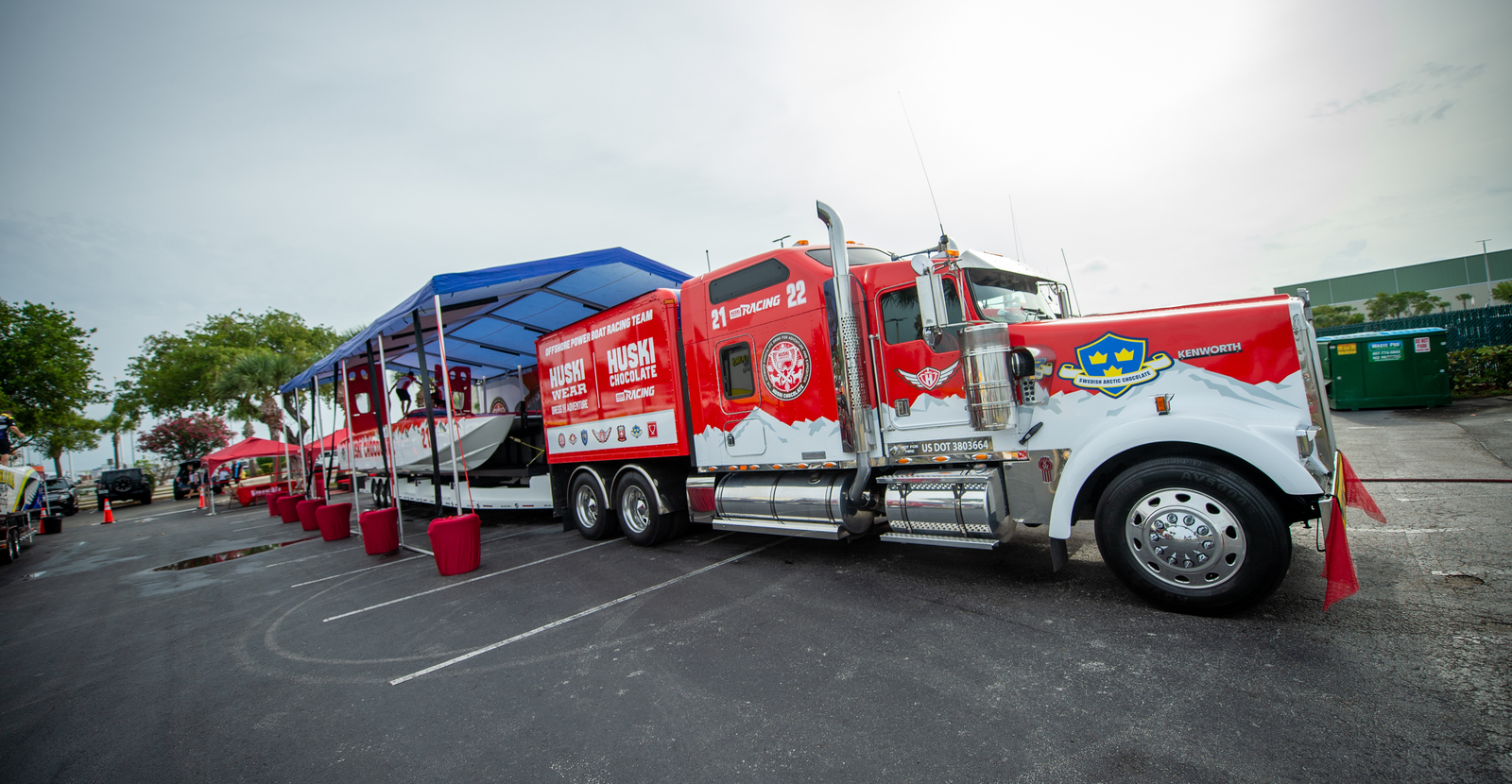 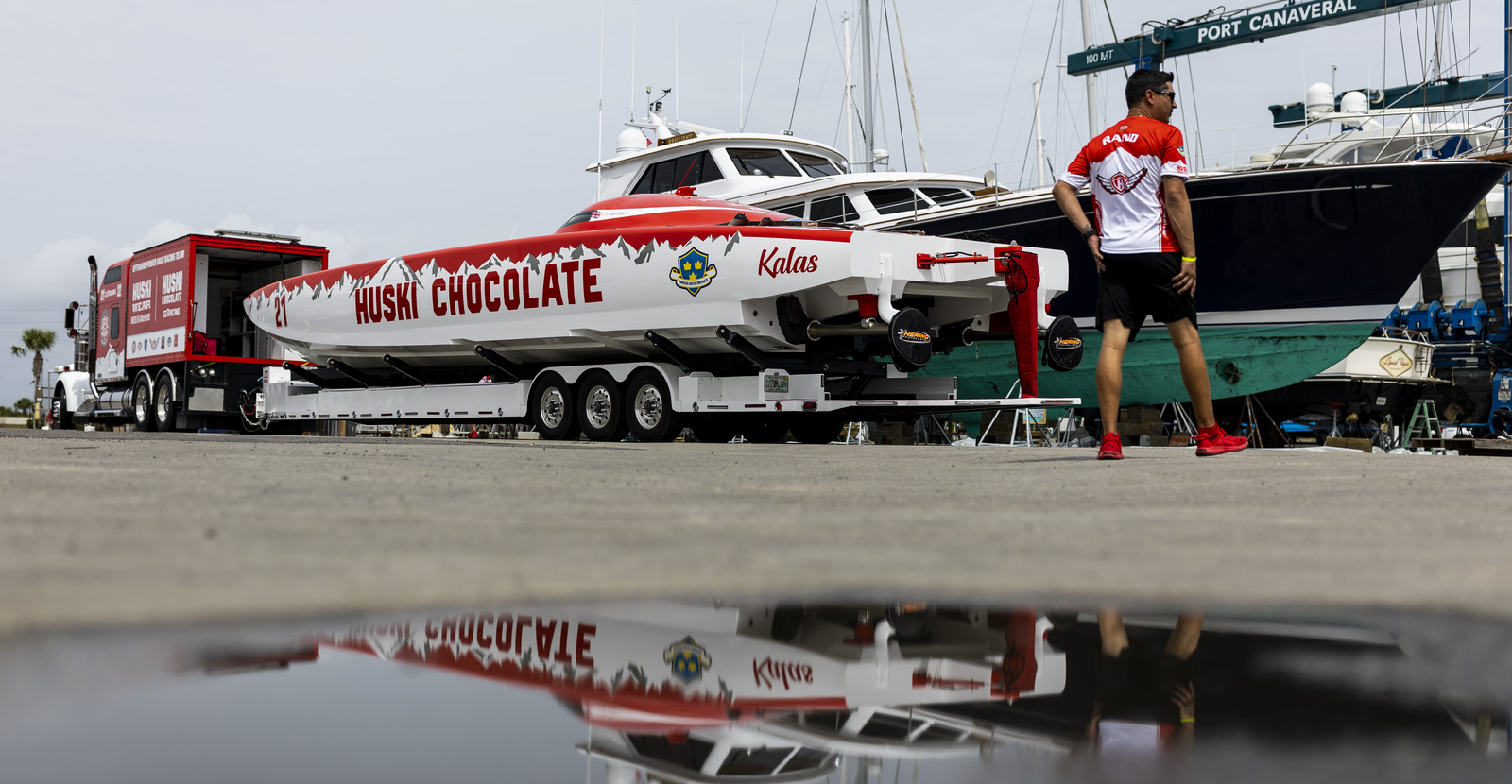 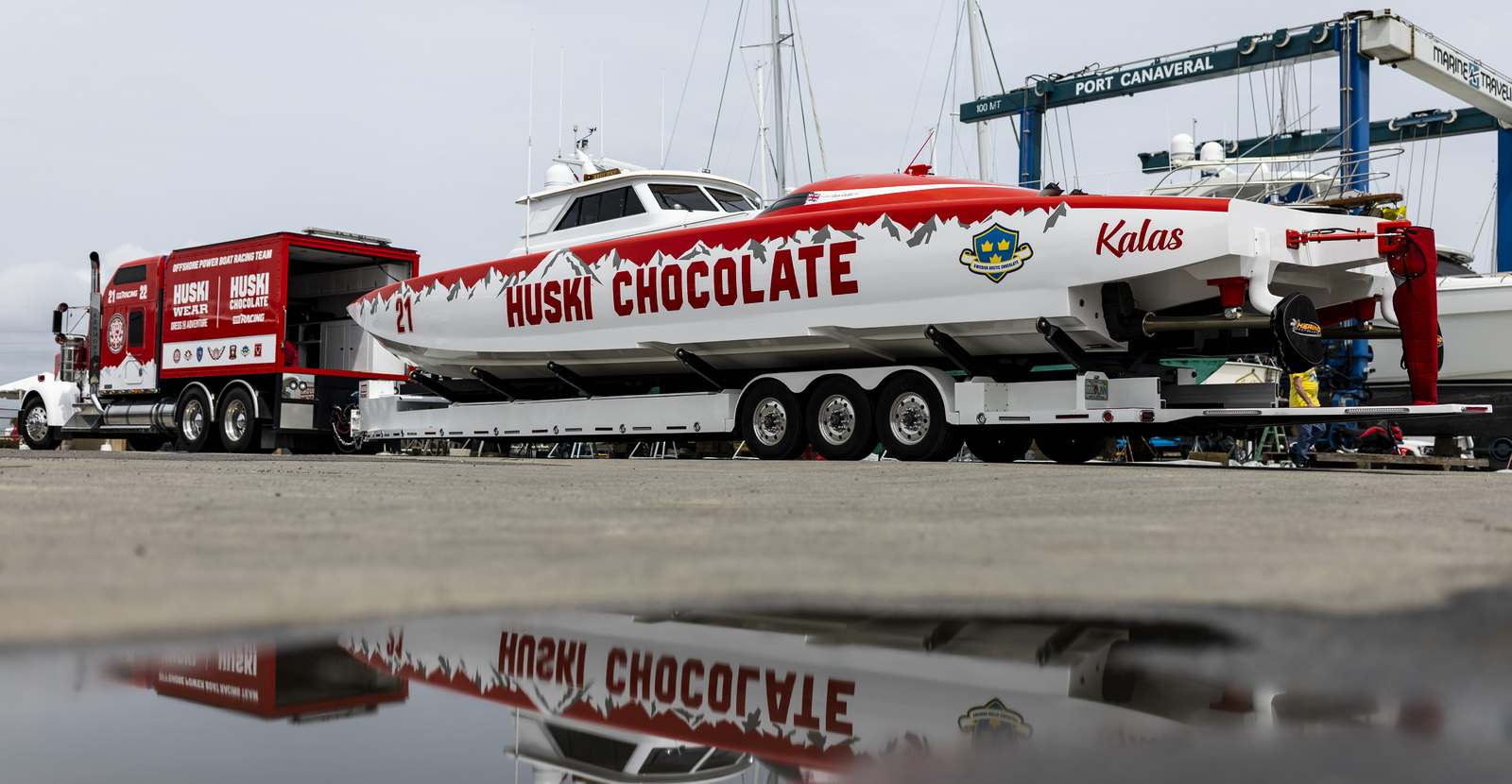 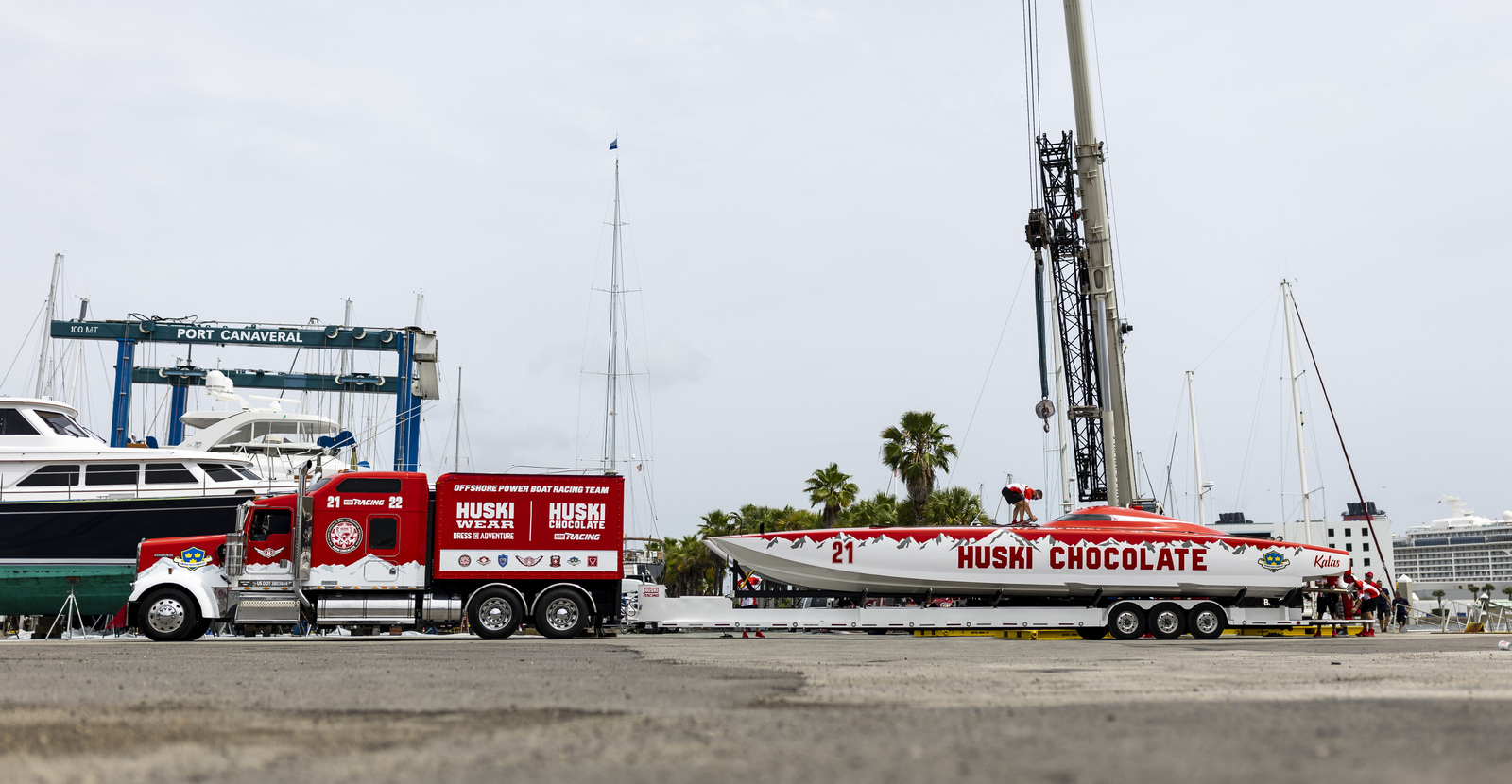 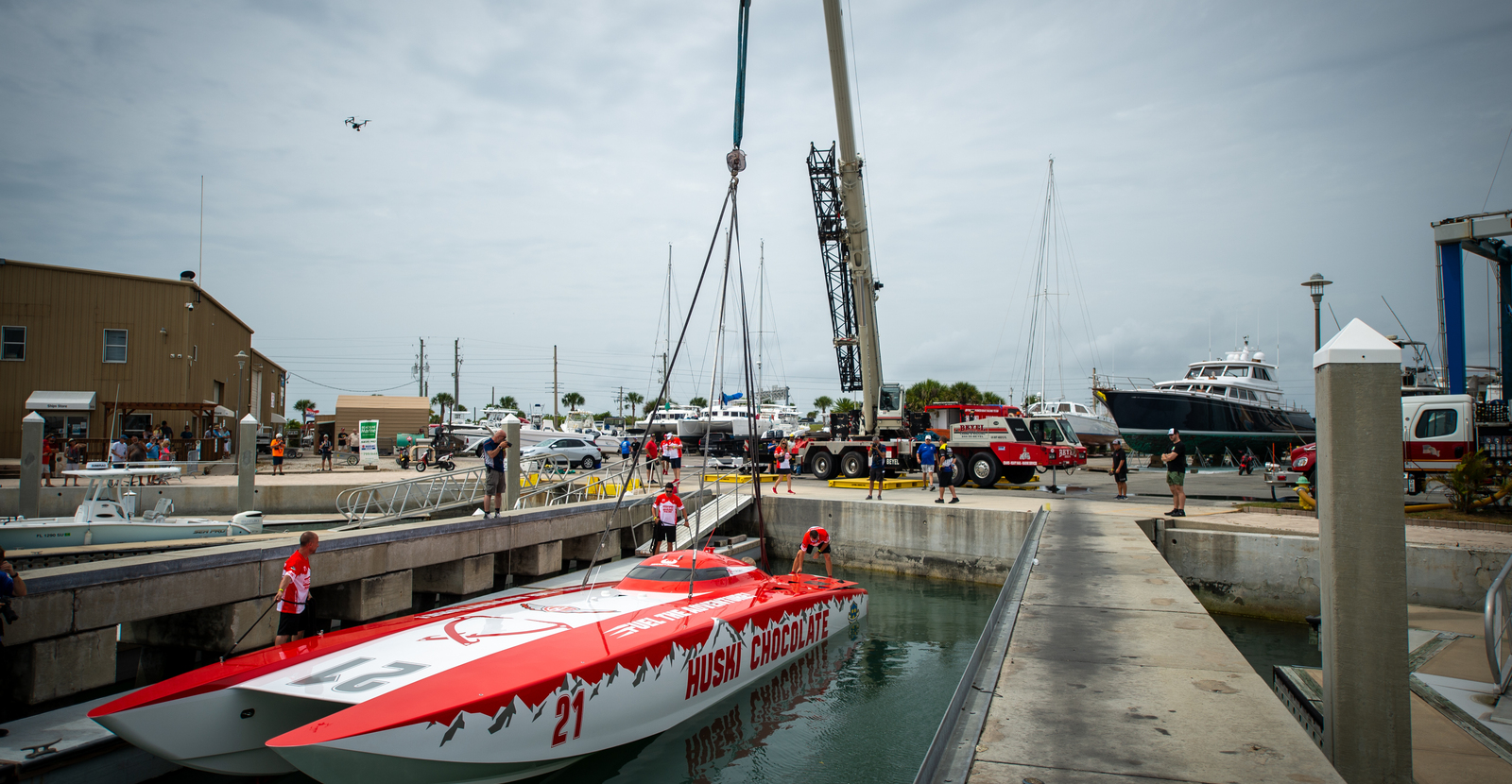 The UIM Class 1 World Championship kicked off in style at Thunder on Cocoa Beach on Florida’s Space Coast, the first race in a six-event series featuring six boats from four countries. As always at Cocoa Beach, the Atlantic surf provided conditions that tested the boats to their limits.

Six boats entered, but Team Defalco did not compete on the day as their brand-new Outerlimits boat was not ready.

345 Racing presented by XINSURANCE is a 42' Victory from the Cayman Islands, piloted by the very experienced British driver Miles Jennings, with Alex Pratt (US) at the throttles. The team made the starting line-up but pulled out shortly before the start of the race.

222 Offshore Australia led at the start. Throttleman Giovani Carpitella (Italy) and driver Darren Nicholson (Australia) are used to crewing together in the UIM XCAT World Championship. Resplendent in the dark blue and silver livery of the Australian Navy, it is the first US outing for the boat since 2019 due to the pandemic.

77 Lucas Oil Satcom Direct E3 had the familiar faces of driver Jay Johnson (US) and throttleman Nigel Hook (GB) in the cockpit of their new 45' Mystic. The team switched from its V-hull Silverhook to the Mystic at Key West last November. Sadly Jay and Nigel had to pull out after a couple of laps.

Another team that was first seen at Key West 2021 was JBS Racing. Unlike the rest of the Class 1 fleet, which has Mercury Racing 1100 Competition engines, the JBS boat is powered by 16 cylinder engines, and owner/driver Jeff Stevenson (US) bought the boat and is racing it to promote these engines. Racing alongside Jeff is the well-known face of Micheal Stancombe (US).

World-renowned throttle Steve Curtis (GB) and driver Brit Lilly (US) in the Huski Racing boat started with a plan to hold off initially and then power through for the lead in the latter stages of the race. After 77 Lucas Oil dropped out, several laps passed with 222 Offshore leading, trailed by Huski Chocolate and JBS in third. Then 222 Offshore started to slow with transmission problems and had to retire, giving Huski the win and JBS second place. It wasn't all bad for 222 Offshore as they had completed 70% of the course and still picked up points.